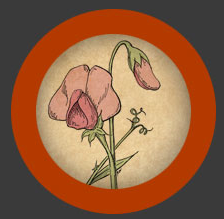 On July 17, Sciobeantown headed over to the Broad Institute in Cambridge, MA to join in on their four week lecture series: Midsummer Nights' Science. Members of Sciobeantown took to Twitter with the hashtags #broadtalks and #sciobeantown to livetweet the event, which featured a talk from cancer genomics researcher Levi Garraway.*

If you missed the event, a video of the talk called, "Exploring the genome's dark matter** what frontiers of genomic research are revealing about cancer" is now online. You can also check out Sciobeantown's contribution to the Twitter discussion with this Storify of the event by Amanda Dykstra. Thank you to the Broad Institute for setting aside space at this event (which filled the room to capacity) so that Sciobeantown could participate!

*Dr. Garraway is a researcher at the Dana-Farber Cancer Institute, in addition to his work at the Broad Institute and Harvard Medical School. I do cover his melanoma work as part of my job at Dana-Farber.
**Using dark matter as a metaphor for the non-protein coding portion of the genome has been the subject of some science writer snark (possibly from me...okay, from me) but the title of the talk is the title of the talk, folks.

Posted by Unknown at 7:31 PM 13 comments: Links to this post

Well, it finally happened. After nearly a year of planning, conversations, blog posts, and twitter exchanges the #sci4hels – Rose Eveleth, Kathleen Raven, Lena Groeger and myself organized by Bora Zivkovic gave our presentation to the World Conference of Science Journalists. WCSJ2013 was held in Helsinki, Finland June 24-27 and included more than 800 journalists from 77 different countries.

For me, the highlight of the conference was certainly the opportunity to meet, listen to, and learn from so many different journalists with such different interests and areas of concern.

I kicked off the conference with a workshop from the European School of Oncology, in which there were very few Americans but several reporters from African countries. It was interesting to hear about the most prominent issues for them regarding cancer coverage, particularly access to information and the shift from covering infectious disease to covering a disease that is not transmissible.

Once the full conference program kicked off, it was a blur of ideas and activity moving from session to session and bouncing between ideas. I livetweeted every session I attended, which for me is a great way to synthesize information and take notes but it did leave me buzzing at times like all of the information I absorbed was rattling around in my brain. Most of my tweets were under the hashtag #wcsj2013 but there were also session specific hashtags and of course we tweeted with #sci4hels.

One of the most interesting sessions for me was on the topic of blurred lines between PR/communication and journalism. The speakers for the session were Anne Sasso and Kai Kupferschmidt who each took a hard line in favor of or against journalists doing work that isn’t journalistic in nature ie: getting paid for writing that represents an organization. After they each spoke their peace (and both have written great wrap-up posts here and here) everyone in the room was asked questions, what would you do type scenarios. Everyone was asked to move around the room based on whether they would or would not take the assignments in question.

To me, it seemed that everyone in the room highly valued journalistic ethics, but when it got down to the nitty gritty the lines were in fact much more blurred than people might have wanted to admit between what they would and would not do when the money is right. While most of us are not in the position to be worrying about accepting champagne and free trips in a private jet, it is still highly likely that we’ll all have to decide in the course of our career where we draw the ethical line. What about writing for a university? Other non-profits? Is it okay if you never cover them in a journalistic fashion? What if a major story breaks at the organization, can you use your connections to cover it better than other reporters? Is it right to do so?

It was a very spirited session and as someone who works for a non-profit I found it interesting to hear how a job like mine is viewed by other journalists. It really ran the gamut from people thinking I’ve already wrecked my career and compromised my ethics and impartiality, to people supporting the path I’ve taken and encouraging me to continue to do what I’m doing with all the transparency and honestly that is already a part of the writing I do here on the blog and elsewhere.

Our #sci4hels panel was on Wednesday of the conference and pulled in a fairly good crowd (at least, we weren’t talking to ourselves which was my great fear.) After introductions from Rose, I kicked things off talking about the sense of community that has taken root with the newest generation of science writers. I don’t think you could talk about community and not bring up the fantastic Robert Krulwich graduation speech to UC Berkley in 2011 where he introduced the concept of horizontal loyalty.

To me, a major difference in being a new journalist trying to break into the field today compared to the past is that you have to have so many different skills, or at least be able to pull off projects in many different mediums. One way to do this is to be able to partner and collaborate with other people who have a passion for things like video, audio, or graphics (to name a few of the things that are not my cup of tea.) This collaboration, the idea of making things together rather than trying to stand alone works well with the rise of journalist “tribes” or “packs” groups of journalists who meet regularly to swap stories, share ideas and support one another.

As more and more people go the freelance route and don’t have regular contact with their colleagues the tribe seems to be growing in prevalence and importance. I also spoke about the work that has gone into getting Sciobeantown up and running and what it means to be a part of the ScienceOnline community, which is an incredible network of people interested in science communication, not just journalism, which is something I love about the group.

After I gave my brief introduction to these topics, Lena spoke about code and using data and graphics to help tell stories. Kathleen presented on social media, particularly Twitter. After that, we opened things up to questions. I thought it was a fairly productive question and answer session, so thank you to everyone who came and participated (you can catch up with the types of questions we were asked at the hashtag #sci4hels.) I did not tweet at all during our panel, and believe me, it was a challenge for me to unplug, but it was also fun to check in after it was all over and see the stream of tweets coming in. It was great to see so many people interested in what we had to say.

Upon returning from Finland post-conference we found ourselves and our panel to be the topic of a column by Nicolas Luco in El Mercurio, a publication in Chile. This column focused on Kathleen and I having blonde hair, and how young the four of us are more than on the content of what we said about journalism and our careers. Even the take-away point Luco gathered from what I'd said, that good journalism is good journalism regardless of what multimedia you augment it with, was spoken by a "blonde no more than 25." I don’t have to tell you that this was disappointing and frustrating. But I’m not going to dedicate any more space to the issue, I have no need when Janet Stemwedel did such a fantastic job of describing our communication with Luco and why it was problematic in a post on her Scientific American blog Doing Good Science.

Overall, my experience at the World Conference of Science Journalists was a largely positive one. I enjoyed meeting different people, and had a blast with the #sci4hels and other science writing friends (and new friends!) I learned quite a bit, both about the profession and about myself and my career as we handled both praise and criticism. It is hard for me to believe that it really is over after such a build up and great experience, but it is. So thank you again to everyone who supported our panel, to the great friends new and old who made Helsinki such a fun trip, and of course to Rose, Lena, Kathleen and Bora for being great colleagues. Here’s to WCSJ2015!
Posted by Unknown at 5:28 AM 6 comments: Links to this post