Sequencing Genomes to Save Species

For this post I’m trying something a little different. I mentioned a few weeks ago that I’m using Science Decoded for class, and as a part of that we were assigned to write a post in the form of a list.

*****
All living organisms are made of DNA, a series of nucleotide bases (Adenine, Guanine, Cytosine, and Thymine) contained in chromosomes. Genome sequencing is an analysis of DNA, conducted by “reading” the different patterns of nucleotides A-G-C-T for differences between species, and abnormalities within a species. Researchers around the world are working to sequence the genomes of a variety of organisms, including those on the endangered species list. 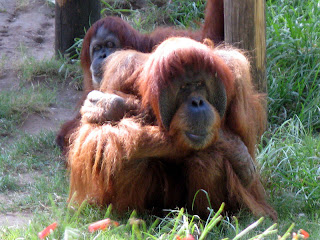 1. Orangutan (Pongo abelii) – In January 2011 the National Institutes of Health (NIH) announced the publication of the orangutan genome sequence. Funded by the NIH, researchers from Washington University School of Medicine in St. Louis, MO and Baylor College of Medicine in Houston, TX sequenced the genome of a female Sumatran orangutan, five additional Sumatran orangutans, and five Bornean orangutans (Pongo pygmaeus.) The research shows that orangutans share 97% of their DNA with humans, but compared to humans and chimpanzees, orangutans have evolved much slower leading to fewer mutations (variations in the code between individuals of a species). (Read more)
2. Tasmanian Devil (Sarcophilus harrisii) – Fifteen years ago a facial cancer was identified in tasmanian devil populations. The cancer has ravaged the species, resulting in an 80% decline that has forced the species to the brink of extinction. This cancer is transmissible, which means that biting the face of an infected animal passes it between individuals. In September 2010 researcher from the Wellcome Trust Sanger Institute and the genome sequencing company Illumina announced that they sequenced the tasmanian devil genome in an attempt to learn more about the cancer and how to stop it from wiping out the species. (Read more)
3. Giant Panda (Ailuropoda melanoleuca) – Arguably one of the cutest endangered species, the giant panda is a prominent symbol of China, where it lives in a restricted mountain area. According to the Beijing Genomics Institute (BGI) the number of giant pandas left in the wild is estimated between 1600-3000. In December 2009, BGI published the complete sequence of the giant panda genome. With the information obtained by the genetic analysis researchers hope to learn more about the genetic and biological factors that shape this species behavior to assist in disease control and conservation efforts. (Read more) 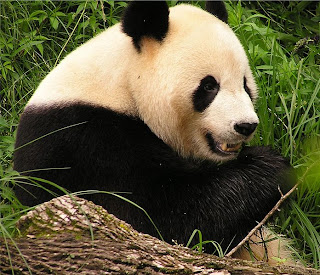 4. Tibetan Antelope (Pantholops hodgsoni) – Listed by the United Nations as an endangered species since 1979, the Tibetan antelope could hold the key to understanding the pathogenesis of chronic plateau sickness. The species calls China’s Qinghai-Tibet Plateau home, making them ideal for studying the evolution of species that thrive in environments characterized by extreme cold and low oxygen levels. The genome sequence of the Tibetan antelope was announced in December 2009 by researchers from BGI and Qinghai University. (Read more)
5. Coral Reefs (Acropora millepora) – Coral reefs are among the world’s most diverse ecosystems, yet according to the Genome Center at Washington University it has been predicted that in the next 50 years between 40%-60% of the world’s coral reefs will die. In 2005 the NIH funded the sequencing of the coral A. millepora (which is not an endangered species, though coral reefs as a whole are endangered ecosystems) to serve as a “lab rat” for studies of the environmental factors (light, sediment load, or acidity) that can cause coral death. (Read more)
Not quite endangered & not fully sequenced:
6. Polar Bear (Ursus maritimus) – Recently removed from the list of endangered species recognized by the United States, researchers at BGI are still working to sequence the polar bear genome. The polar bear sequence is a part of a three-pronged project to sequence the Tibetan antelope (completed in 2009) and emperor penguin genomes. 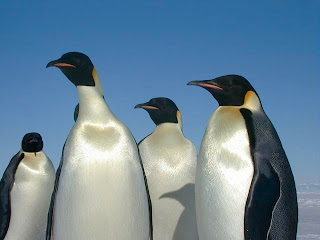 7. Emperor Penguin (Aptenodytes fosteri) – One of the most recognizable penguin species, the Emperor Penguin is found in Antarctica. The emperor penguin is currently under consideration for inclusion under the Endangered Species Act, due to the effects of climate change. The genome sequencing project is being conducted by researchers from BGI in conjunction with sequencing the polar bear, and Tibetan antelope genomes. (Read more)
8. Snow Leopard (Uncia uncia) - In October 2009 researchers from Oregon State University, the Western University of Health Sciences, and the Miller Park Zoo (IL) announced plans to sequence the genome of the snow leopard (which is on the Endangered Species list). According to Oregon State, the snow leopard is prone to diseases that do not plague other big cats including pneumonia, enteritis, hip dysplasia, and papillomaviruses. Sequencing the genome could help researchers identify what makes the snow leopard susceptible to these disorders. (Read more)
Genome sequencing technology continues to develop, making it easier and cheaper to sequence the genomes of various organisms. While an endangered species has yet to be saved due to the information obtained by sequencing its genome, what researchers learn will help them gain a better understanding of endangered species, which is a step in the right direction towards improving conservation efforts.
Posted by Unknown at 11:01 AM